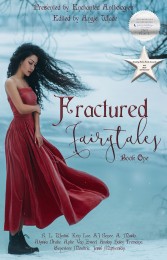 The Enchantress by R. L. Weeks
Felicity is on route to Beau to marry the duke. However, when she arrives, Alistair, the prince and heir to the throne, catches her eye. His late night disappearances and roguish attitude send Felicity down a mysterious and strange path. When her best friend, the beautiful Anne, comes to town, everything takes a strange turn. Felicity must decide between love or power – before it’s too late.

The Unremembered by A. Maslo
Prince Endymion thought he was captive in his luxurious palace, until he met her. Who is the girl trapped inside a Phoenix that has captured his heart?

Beauty Unmasked by AJ Renee
Viktor returns from war more beast than human until he faces off with Isabel, who fights to unmask the beauty hiding behind his scars.

The Frog’s Prince by Alyssa Drake
Sometimes it takes a frog to bring out the real prince in a man.

Undaunted by Avalon Haley Tremaine
Sorcha is a Princess who just wants to be her own Knight in shining armor; could that really be so bad?

Protecting Sophia by Anke Van Zweel
Sophia has lost everything she loves, now she has become a threat that needs to be eliminated. On the run something unexpected happened, love. Can true love kiss save her.

Alice: The Queen of Hearts Strikes Back by Genevieve Moultrie
Lewis Carroll’s Alice has grown up, but again falls down the rabbit hole. And into the strangest adventure of all: romance.

Red by Jessi McPherson
Cara knew the legends about her village, she never dreamed she’d become one. 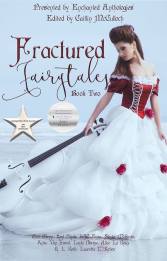 Piper’s Revenge by Skylar Mckinzie
Piper swore revenge on the town that had wronged her as a child. With a heart of stone, she would call their children home.

Touch of his Hand by Lauretta L. Kehoe.
To Princess Ella, a feather was like fire on her skin. Could she find a prince with the right touch to ignite the fire of her heart as well?

Firebird by Alice La Roux
Being a King isn’t easy, and when a rebel group threatens her family Seraphina must step up to the plate. But what happens when the golden apple is rotten?

Grotesque Danseur by Layla Dorine
A lifetime of being called ugly has left him with a tendency to surround himself with beautiful things and people, blinding him to the one person who could always see the beauty in him.

Thumbelina’s Virtue by Geri Glenn
After being abducted on her eighteenth birthday, Thumbelina’s happy life is turned upside down. Now she’s in the clutches of an unparalleled evil, and her innocence is for sale to the highest bidder.

Obsidian Stone Author LJC Fynn
A blast from the past forced Merlin out of seclusion; will she be the key to correct his old mistakes?

Flicker by Kayl Pajela
“When the match burns out, your life is over. Would you dare light one?”

Wish Upon a Dream by Anke Van Zweel
Chloe’s life isn’t a fairytale, all that she can do is dream and with that dream wish upon a dream.