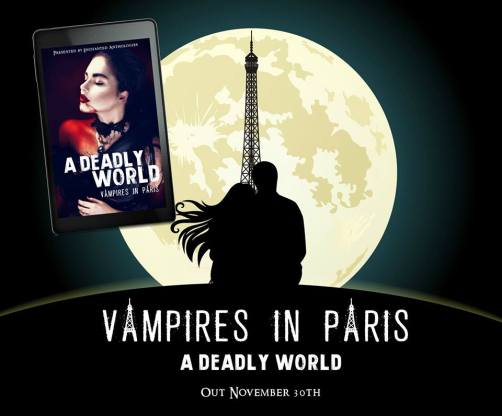 NOW LIVE!
WHO WILL WIN? HUMANS OR VAMPIRES????

After the Vampires took over Earth in the great paranormal war, Humans have become second-class citizens – working as slaves, in brothels, as entertainers, or blood donors.

In the heart of Paris. once known as the most romantic city on earth, humans have gone into hiding, gathering into groups and fighting back against the blood-sucking demons.

Although, some have betrayed their friends to cozy up to the vampires and be in with a chance to turn into one themselves.

The world is divided and Vampires are on top – and there’s only one rule – You can’t fall in love with a human.